Below are some of my publications and working papers.
(If you can't access a pay-walled article, please email me to request a copy)

The influence of material interests and partisanship on local residents’ responses to proposed shale gas development (SGD) is examined. Complementing existing research on attitudes toward SGD, public response is conceptualized and measured as a political behavior. A novel research design combines information on participation in town board hearings with administrative data from three sources: county tax assessment rolls, a database of gas leases, and the state voter registration file. Consistent with the theory of expressive partisanship, party affiliation strongly predicts public expression of support for and opposition to a proposed local ban on SGD, net of the effects of key measures of material interests. The study contributes to research on public response to industrial siting and to ongoing debates about partisan polarization and political participation.

“Not in Your Backyard!: Partisanship, Organizational Structure, and the Mobilization of Non-Beneficiary Constituents against 'Fracking' in Illinois, 2013-2014.”
Socius, 2018 (with Amanda Buday)

​In the interest of enlarging their constituency, social movements often broaden mobilization efforts beyond the directly aggrieved, beneficiary population. We examine this process through an analysis of a movement against unconventional oil and gas development (UOGD or “fracking”) in Illinois. Using data on over 37,000 public comments submitted during a regulatory review of fracking, we examine the composition of the anti-fracking movement’s constituency. Individuals residing outside the targeted development region submitted the vast majority of the comments opposing UOGD. Analyses reveal that these participants tend to be Democratic partisans who were affiliated with one or more large environmental and progressive organizations. The study offers new insight into how environmental and progressive issue campaigns are organized in the contemporary U.S. context. We highlight how partisan discursive opportunities combine with recent organizational innovations in the social movement sector to enable nascent single-issue campaigns to tap into the mobilization potential of motivated partisans.

Passionate disagreements about climate change, stem cell research, and evolution raise concerns that science has become a new battlefield in the culture wars. We used data derived from millions of online co-purchases as a behavioral indicator for whether shared interest in science bridges political differences or selective attention reinforces existing divisions. Findings reveal partisan preferences both within and across scientific disciplines. Across fields, customers for liberal or “blue” political books prefer basic science (e.g., physics, astronomy, and zoology), while conservative or “red” customers prefer commercially applied science (e.g., medicine, criminology, and geophysics). Within disciplines, red books tend to be co-purchased with a narrower subset of science books on the periphery of the discipline. We conclude that the political left and right share an interest in science in general, but not science in particular. 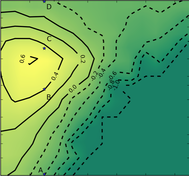 A long line of research documents the essential role of social networks in mediating the recruitment and retention of members in organizations. But organizations also comprise a primary context where people form social ties.  We investigate how the network structure that an organization creates among its members influences its ability to grow and reproduce itself. In particular, we propose that two dimensions of organizational strategy influence affiliation dynamics: (1) the extent to which the organization induces social interaction among its members (social encapsulation), and (2) the time and energy that the organization demands of its members. We examine membership dynamics in an ecology where competitor organizations deploying varied strategies vie for the same pool of members. Results show a curvilinear relationship between membership growth and the rate of social encapsulation. Further, we find that an organization’s time and energy demand mediates the effect of social encapsulation. For most types of organizations attaining sustained growth requires a balance between open networks (for recruitment) and network closure (for retention).

What drives local decisions to prohibit industrial land uses? This study examines the passage of municipal ordinances prohibiting gas development using hydraulic fracturing (“fracking”) in New York State. I argue that local action against fracking depended on multiple conceptions of the shale gas industry. Matching these alternative conceptions with prevailing spatial models of public response to industrial land uses—“not in my backyard,” “not in anyone’s backyard,” and “please in my backyard”—improves our understanding of where local contention might emerge and how it contributes to policy change. Results from event history and logistic regression analyses show, first, that communities lying above favorable areas of the shale did not pass anti-fracking laws because opposition to fracking was counteracted by significant local support for development. Fracking bans passed primarily in a geographic sweet spot on the periphery of targeted regions, where little or no compelling economic interest in development existed. Second, as fracking became the subject of a highly politicized national debate, local opposition increasingly reflected mobilization by political liberals. This trend is reflected in the increasing rate of ordinance adoption among Democratic-leaning communities outside the geographic sweet spot.

The Power of Integration: Affiliation and Cohesion in a Diverse Elite Network
Social Forces, 2014 93(2): 803-831. (with Benjamin Cornwell)

A much-theorized but seldom-tested theory is that elites achieve cohesion via the social network they form through their affiliations with local clubs, religious institutions, civic groups, and other voluntary associations. But few scholars have considered how increasing diversity with respect to elites’ gender, race, and social class may undermine such cohesion. We use primary data from interviews with 312 elites in a large Midwestern city to construct the network of affiliations local elites formed with each other. Results from bootstrapping analyses suggest that the most influential elites in the sample achieved a disproportionately high level of cohesion by virtue of the particular voluntary associations with which they affiliated. Not only were the most influential elites more connected to each other through multiple redundant associational pathways, their affiliation networks were less segregated by gender, race, and social class than were the networks formed by less elite members of the sample. Instrumental variables regression analyses further show that the most influential elites were especially crucial to increasing cohesion and reducing segregation in the overall network. We discuss some of the mechanisms through which such integration enhances elites’ cohesion and power.
Proudly powered by Weebly